Victoria Park: The Anatomy of a Dead-end Street 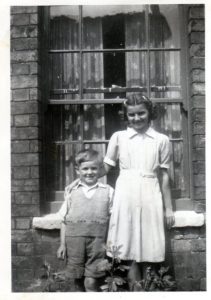 The Story of the street in Kingswood where I was brought up.

For thirty years of my life, give or take the few when I went travelling, I lived at no. 33 Victoria Park, a dead-end street in Kingswood, Bristol with my parents Jack and Flo Pillinger and my ‘little brother’, who was born in the front room behind the window in the picture. He became Professor Colin Pillinger of Beagle 2 fame. In those far off days, life was lived outside in the street rather than in front of TV or computer and Colin in particular was much in demand as a runner of errands. Unlike today, we knew most of our neighbours and witnessed the soap opera of their daily lives. The project was originally written for Colin as a present at Christmas 2014, not long before his sudden untimely death less than five months later.

Victoria Park: the Anatomy of a Dead-end Street 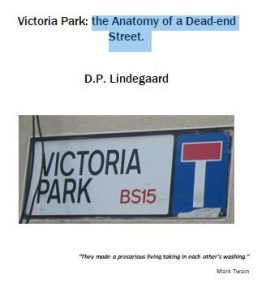