May you live in interesting times.” 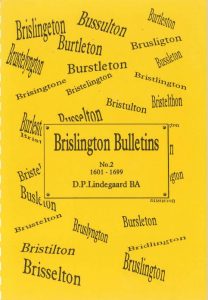 This ancient curse might have been written for the 17th century of national upheaval which includes the Gunpowder Plot, Civil Wars, a King deposed and executed, Oliver Cromwell and the Republic, the Restitution of the Monarchy , Bubonic Plague, Rebellion, another king deposed and finally ,order restored to the satisfaction of some with the joint monarchy of William & Mary. Most of this mayhem had its root in religion. Roman Catholicism had been outlawed though the Church of England was seen as “too Catholic” by many. Feelings ran very high, reminiscent of Brexit in our own times. Extreme Protestants, hence the name ‘Puritans’ demanded an imagined return to a ‘pure’ form of Christianity, where fasts were preferred to feasts, plainness to show, and even wedding rings, ‘a ring for the Devil to dance in’ brought tight lipped disapproval. Funeral rites were disrupted and celebrations like ‘Church Ales’, involving such debauchery as Morris dancing were broken up. Revelry allegedly led to hellfire and damnation. When St Luke’s long-serving incumbent Richard Philpott wearily hung up his cassock in 1631, he was succeeded in quick time by three more vicars and then, in 1639, by no vicar at all. With the Puritans in the ascendant, the latest Reverend, Thomas Codrington, escaped dispossession (the fate of many C of E vicars) but rode out the storm in nearby Keynsham, though not without hassle from Robert Wastfield, a Quaker, a Brislington potter and a firebrand. “Leave off thy false worship!” Wastfield would bellow from the congregation. In 1641 the Baptists too broke from the Church’s umbrella and held their own meetings on Brislington Common. The non-aligned were probably more annoyed by the damage to their pockets: the Lay Subsidy Roll of 1641 names the villagers, twenty three men and two women – widows – who were taxed to pay for the wars. And so it went on, until 1661 when the new King, Charles II returned amid rejoicing for some but with the boot back on the other foot, ‘Persecutions’ began for the opposing sort. Brislington’s latest vicar, John Young, who rebelled and left the Church of England to became a Baptist, was arrested and thrown into gaol, where it seems quite likely he died. By the time King Charles’ brother James II visited Bristol, the status quo had been largely restored. Brislington celebrated with a peal of St Luke’s bells but when James then became a Catholic it was a step too far: he was forced to flee to Europe. By 1696 John Moore was our curate at St Luke’s. He denounced all dissenters in a published blast: ‘The Banner of Corah, Dathan and Abiram display’d and their Sin discovered.’ In between the big events you will find our villagers revealed: their day to day affairs, their matches and despatches, their financial transactions, their misdemeanours and much, much, more. I think they are a lively bunch.