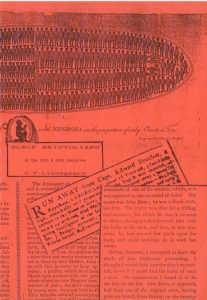 In the mid-1950s, at the impressionable age of 18, I remember reading “The Sun is My Undoing” by Marguerite Steen, a popular historical novelist of the time, which alluded to a “Bristol slave market”. The spectacle stayed with me. I knew nothing about research and had no reason to doubt the author, but she was, of course, quite wrong. Slaves were never sold in an open market in Bristol, but black men, women and children did indeed walk our streets. They appear in the parish registers of the City churches and in the country villages beyond: baptised and buried, and fewer who were married.  Though some were free, mainly seamen, in most cases they belonged to someone.  They may have started as plantation slaves in the West Indies, like the now famous Pero, of “the Bridge”, and like him would have shown some aptitude as indoor servants, or they may have been little boys, singled out because they were pretty and kept as pets until their childish attractiveness faded. Then as surly teenagers they might be advertised in Bristol newspapers for private sale. In some cases “Runaways” were also advertised with a reward offered. They were not treated as people, as human beings, for they had been stripped of everything, most distressingly, their identity. They could be arbitrarily named, grandiose like Caesar, Nero, Venus, some less so, Peter, Nat, or even given a nickname, like Chance, the first black man I came across. If they had a surname at all, it was that of the family which owned them, currently or previously, or for the city where they lived, Bristol, Gloucester &c. Others appear identified only by their colour, in terms which now appear shocking. This casual dismissing of self was graphically portrayed in the 1977 TV series “Roots” with the brutal scene when the enslaved Kunta Kinte is repeatedly asked by the sadistic overseer, “What’s your name, boy?” until forced to submit by the lash, he whispers “Toby”.

I began this collection much earlier than the 1980s when my booklet “Black Bristolians” came out. I self-published it in exasperation after I was told there was “no interest” in the subject!  A few more years down the line, Bristol began to wake tentatively from the long slumber which hid its shady past.

“Black Bristolians” was compiled from original documents and is therefore incomplete, though it is as complete as I could make it at the time, when the tools we now take for granted (principally internet access) were not available.  There are notable omissions in the text, among others, Pero himself, and Frances Coker, “a free negro”, both of whom were servants to the Pinney family which lived at the Georgian House. Please see other pages for these additions.